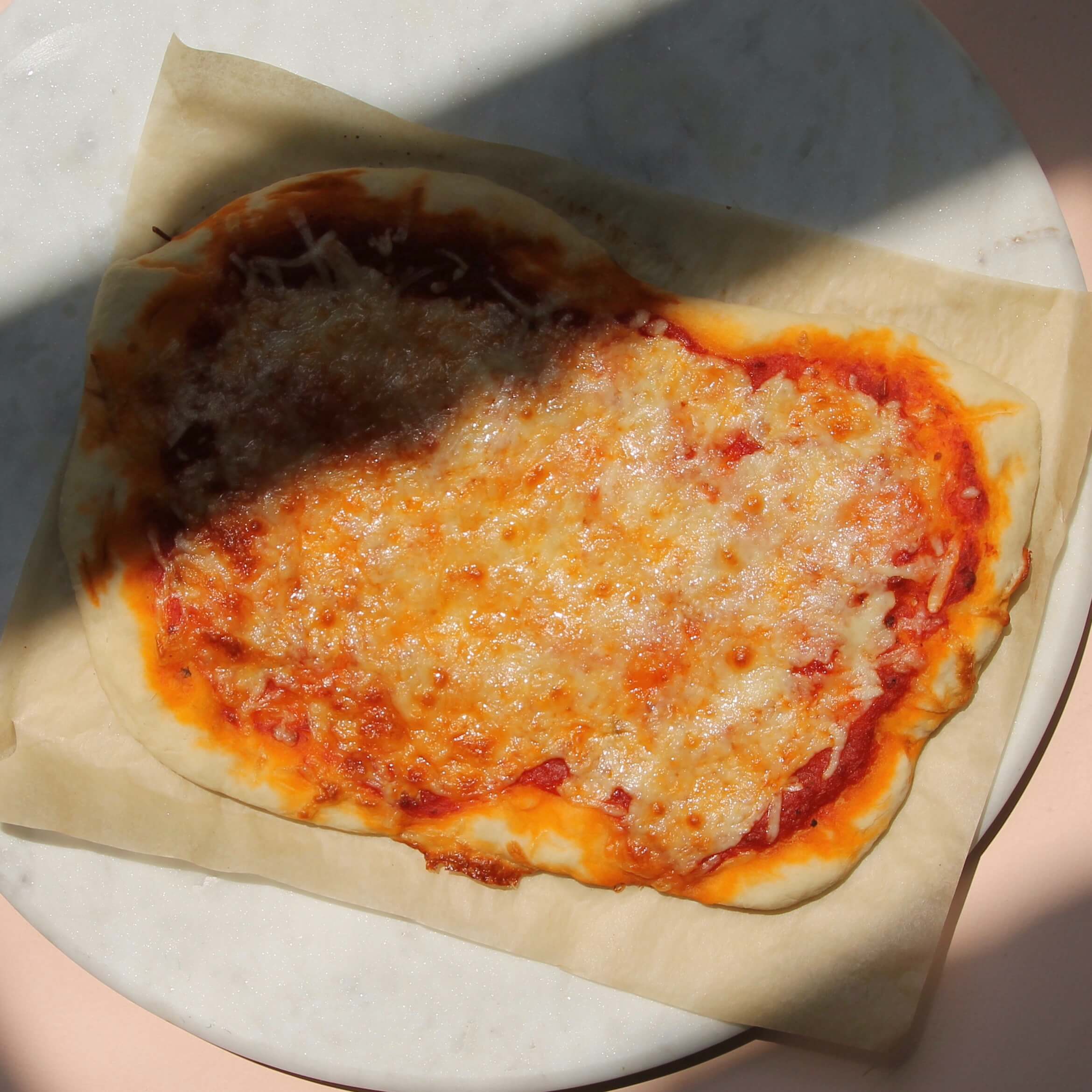 The internet has been obsessed with making breads and bagels out of yogurt + flour for so long now. And we have been experimenting for sure.

But today, we’re finally ready to share the funnest spin we could create on this awesome trend.

(These instructions are for making the pizza dough by hand, without the aid of a stand mixer but if you have a robot willing to do the hard work for you, go for it.)

2. Turn your dough out onto a well-floured surface and knead with repetitive folding motions for about ten minutes, or until the outer side of the dough is smooth.

3. Rub a little olive oil on the surface of your dough and let it rest in a bowl, in a warm part of your kitchen for 20 – 30 minutes, until a finger pressed gently in the dough leaves an indent behind.

4. While the dough rests, preheat your oven to 400 and line a small baking sheet with parchment.

5. Spread the rested dough out to cover your lined pan. It should be about ½ inch thick at the edges and thinner in the middle.

6. Top with sauce, ‘cheese’, and toppings and bake for about 25-30 minutes, or until the cheese is melty and golden and the edges of the crust are crisp. 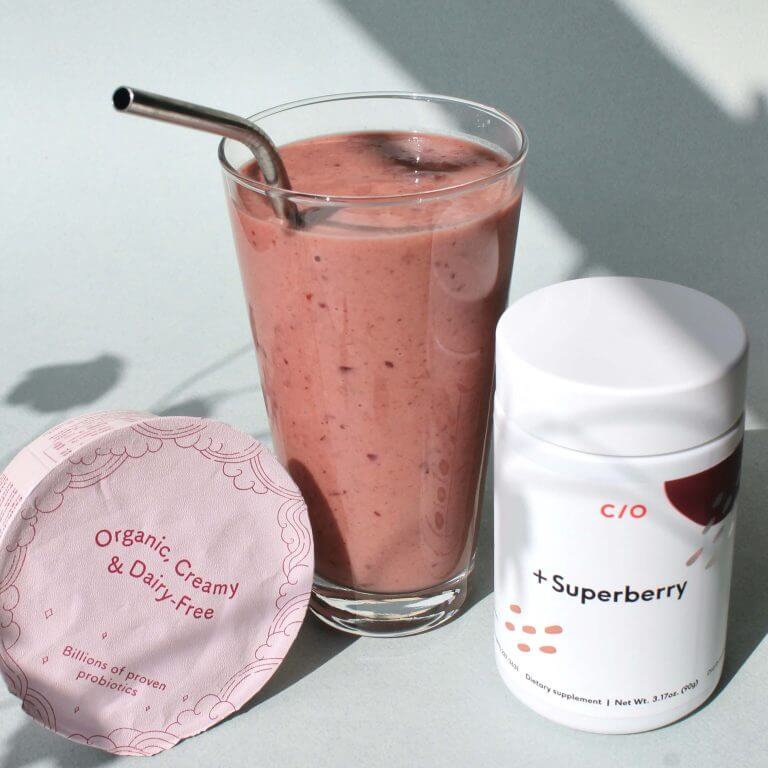 We’re going all-in on gut health by pulling a ✨ Tropical Swap✨ on our usual morning smoothie. … 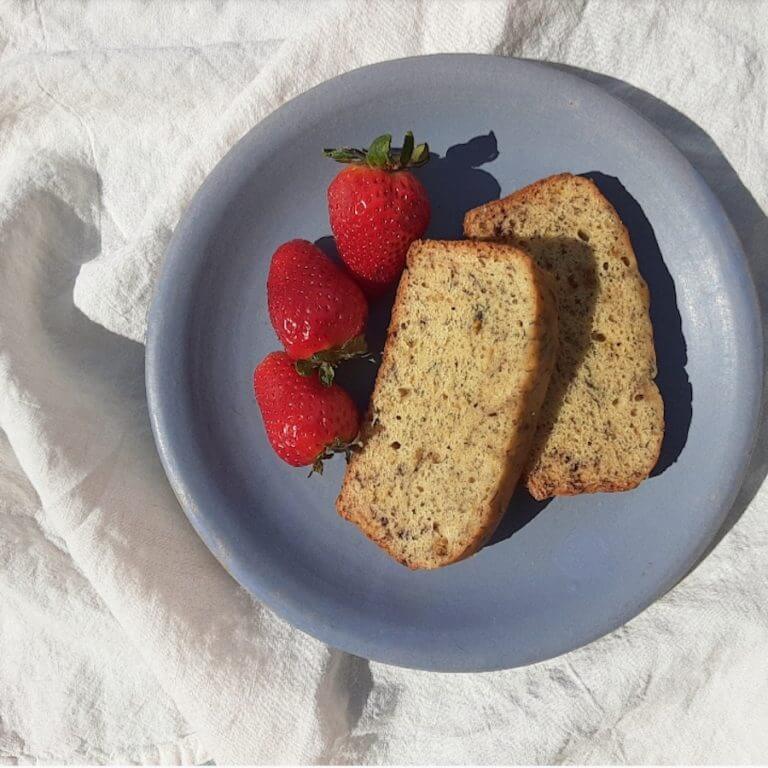 This is it everyone. This is what we have all been waiting for. Finally. The internet is…

Get allll stocked up for the holiday season with t

Only organic and sustainable coconuts make the cut

A ☁️ of Pure Coco with roasted kabocha squash